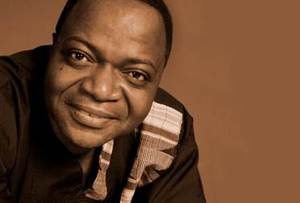 George J. Sefa Dei is a Professor in the Department of Humanities, Social Sciences, and Social Justice Education at the Ontario Institute for Studies in Education. He is the author of several significant CSPI titles examining racialization, education, and inclusive schooling: New Perspectives on Africentric Education (with Arlo Kempf, 2013), Removing the Margins (with Irma Marcia James and Leeno Luke Karumanchery, 2000), and Inclusive Schooling: A Teacher’s Companion to Removing the Margins (with Sonia James-Wilson and Jasmin Zine, 2002). Author to more than a dozen scholarly books, his research and teaching interests are in the areas of anti-racism and domination studies, the sociology of race and ethnicity, international development, indigenous knowledge and anti-colonial thought, political ecology, ethnography, and minority schooling. Dei has served as the Director of the Centre for Integrative Anti-Racism Studies at OISE, was appointed a Fellow by the Society for Applied Anthropology and, in 2012, received the honorary title of “Professor Extraordinaire” from the School of Education at the University of South Africa. He is the recipient of numerous awards including the New Pioneers Award (Skills for Change, 2004); the William P. Hubbard Award for race relations (City of Toronto, 2003); the Community Builder and Community Partnership Award (Toronto Catholic District School Board 2001, 2003); the Ghanaian New Award for education and community development (2000); the ANKH Ann Ramsey Award for Intellectual Initiative and Academic Action (2005); and the Canadian Alliance of Black Educators Award for Excellence in Education and Community Development (2007).

A Teacher's Companion to Removing the Margins

The Challenges and Possibilities of Inclusive Schooling